The tobacco industry spends nearly $1,000,000 every hour on retail advertising and price discounts to support sales at hundreds of thousands of tobacco retailers in the United States. 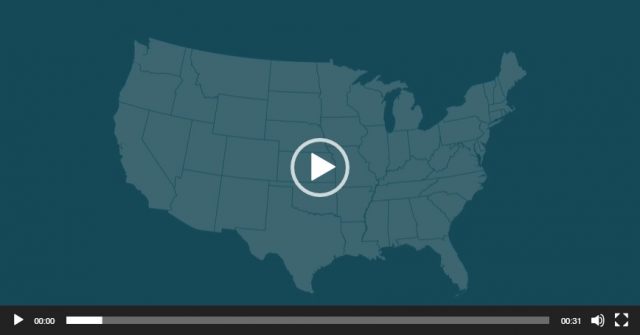 The ASPiRE Center mapped tobacco retailers in the 30 cities represented on our ASPiRE Community Advisory Board. We developed tailored Tobacco Retailer Density Fact Sheets and “Tobacco Swamps” Maps to provide each city with usable snapshots of its tobacco retail environment. Use these resources, along with shareable social graphics and press releases for all 30 cities, to support the increasing number of local tobacco control interventions that address the retail environment.

Together, the fact sheets and maps illustrate that across the ASPiRE cities tobacco retailers are:

On average, 70% of city residents live within ½ mile (~10 minute walk) of a tobacco retailer. This ranged from 42% in Charlotte to 94% in New York City. Maps illustrate “tobacco swamps,” which are areas with a glut of tobacco retailers.

Click on your city to view tobacco retailer density and related resources.

Steve Anderson and Jim Lightwood just published Health Care Cost Savings Attributable to the California Tobacco Control Program, 1989 to 2018 through the University of California eScholarship initiative.  Using sophisticated econometric analysis they convincing show that in its first 30 years, the program reduced actual medical costs by a total of $500 billion (in 2019 dollars).

In 2019, California medical costs were about $37 billion below what one would have expected had the voters not passed Prop 99 in 1988.  At a time that California, like all states, is struggling with the financial challenges created by the coronavirus epidemic, the California Tobacco Program (CTCP) is not only saving lives but also making a substantial contribution to helping California meet its current financial challenges.

This amount only includes medical care costs (doctors, hospitals, drugs, and related costs), not indirect costs such as lost productivity or the value of lives lost.   The savings in those areas are generally even more than the direct medical costs.

Moreover, using an alternative measure of medical costs, the Center for Medicare and Medicaid Services, the estimated savings are even higher: $737 billion.

These savings accumulate rapidly and grow over time.  In addition, Arnold and Lightwood showed that the medical savings that follow from each dollar spent on the California Tobacco Control Program (adjusted for population growth and inflation) has remained remarkably stable over time.  The policy bottom line:  The more money invested in the Tobacco Control Program, the more the savings in medical costs.

They also estimated that the Program has prevented 15.7 billion packs of cigarettes from being smoked worth $51.4 billion in pre-tax sales to the cigarette companies through 2018.  No wonder the companies hate the program so much.

Their bottom line:  “The estimated effect on smoking behavior of an additional dollar spent (adjusted for inflation) on education is the same now has been constant since 2008. The lower estimated total effect of the CTCP program on smoking behavior per year has declined since 2008, but that is due to reductions in real expenditure devoted to the program. If funding were increased, the total effect of the CTCP program should return to its previous levels.”

The Colorado legislature passed a Tobacco 21 bill that Governor Polis signed on July 14, 2020. Colorado is the 30th state to pass a Tobacco 21 law. The bill raises the minimum legal sales age for all nicotine and tobacco products to 21 and enhances enforcement provisions that hold profiteering retailers, rather than kids, accountable for unlawful sales.

The bill requires the Colorado Department of Public Health and Environment to conduct two compliance checks per retailer each year– an effort proven to ensure retailer compliance and lower violation rates. The bill also establishes a comprehensive tobacco retail licensing (TRL) program for the state that both funds enforcement and protects honest retailers from the unfair advantage of underage sales.

Most states that have raised their tobacco sales age have failed to include enforcement provisions that ensure the effectiveness of the policy; Colorado wisely recognized that an unenforced law is no law at all.

Preventing Tobacco Addiction Foundation President Rob Crane, MD, stated: “Colorado has made a statement that they won’t tolerate sales of these addictive and deadly products to kids. We applaud their bold vision, effective use of a tobacco retail license, and comprehensive approach to preventing addiction and protecting kids.”

We thank Governor Polis and the Colorado Legislature for this critical public health law that will help stem the massive teen vaping epidemic and better protect Colorado’s kids!

The disposable devices come in more than 20 flavors, among them piña colada, pink lemonade, watermelon and a mysterious blend called O.M.G. Although the Trump administration banned fruit, mint and dessert flavors in refillable cartridge-based e-cigarettes like Juul earlier this year, it carved out an exemption for brands that are used once and thrown away.

Puff Bar, which launched last year, has been the key beneficiary of the loophole. It has built on its early success by adding a line of flavor pods called Puff Krush that are compatible with the Juul device, upsetting that company, whose own business has sunk since it restricted sales in the United States to tobacco and menthol varieties last fall. Based on data used only for tracked channels, which include convenience stores and some other retailers but not online sales or vape shops, Puff Bar sales have consistently been over $3 million a week since April, with volumes now over 300,000 sticks per week.

“Puff Bar is quickly becoming the new Juul,” Rep. Raja Krishnamoorthi, Democrat of Illinois, wrote in a letter to the F.D.A. on Monday. Mr. Krishnamoorthi, the chairman of the House Subcommittee on Economic and Consumer Policy, accused the e-cigarette company of exploiting the coronavirus to sell its products to schoolchildren.

To make his case, the lawmaker included a copy of a Puff Bar advertisement featuring a photograph of a bedroom, with the words: “We know that the inside-vibes have been … quite a challenge. Stay sane with Puff Bar this solo-break. We know you’ll love it. It’s the perfect escape from the back-to-back zoom calls, parental texts and WFH stress.”

Mr. Krishnamoorthi said that “this advertisement is designed to convince children home from school to vape in their rooms without their parents noticing.”

A second advertisement included in the complaint features an attractive young woman wearing a tight T-shirt and spewing big clouds of vapor. The same picture was used in a separate advertisement that suggested vaping a Puff Bar as a way to relax over spring break.

Todd Eric Gallinger, a lawyer who represented a company called Cool Clouds Distribution in a trademark application for the Puff logo, did not return a call seeking comment. The Puff Bar website does not list the names of any of the company’s executives. Indeed, since it began, the provenance of the Los Angeles-based business has been a secret. Its website states: “Who makes Puff Bar? Everyone wants to know the mastermind team behind the latest craze in the world of electronic cigarettes. Where did the Puff Bar team come from and where do they plan to go from here?”

Wherever it is, the company isn’t telling. The only details revealed indicate that the product is made in China and the flavors are developed in Malaysia.

But the company has not been under the radar. Tobacco-control advocates, including educators, organizations like Parents Against Vaping E-cigarettes and others, have been concerned about Puff Bar since it turned up in schools late last fall. Robin Koval, the chief executive and president of Truth Initiative, which seeks an end to tobacco use, said she supports a Puff Bar ban.

“It is an outrage that during a pandemic that attacks the lungs, Puff Bar is freely targeting our nation’s youth, putting their lives at even greater risk,” Ms. Koval said. “These egregious ads from Puff Bar are the latest example.”

In a recent online survey of 364 current vapers, ages 15 through 24, the Truth Initiative found that 57 percent were worried that vaping put them at risk of serious illness from the coronavirus, and slightly more than half wanted to quit.

The F.D.A. declined to discuss Puff Bar. Still, in an email, Mitchell Zeller, the director of the agency’s Center for Tobacco Products, wrote that the agency intended to take action against any electronic nicotine product “if it is targeted to youths, if its marketing is likely to promote use by minors, or if the manufacturer fails to take adequate measures to prevent minors’ access.”

When the F.D.A. started regulating e-cigarettes, it permitted the continued sale of products that were on the market as of Aug. 8, 2016, pending agency review. Since Puff Bar was introduced after that date, the agency does generally have the authority to remove it, despite the fact that the product is disposable and even if the agency cannot prove the company is targeting youths. The exception would be if Puff Bar had already been on the market before the 2016 deadline, under a different name, or sold by another company.

In recent weeks, the agency has blocked the importing of two e-cigarette products from China: EonSmoke, which sold disposable e-cigarettes in a number of flavors before shutting down, and RELX, available in flavors including Drunk in Mexico, Naked in Iceland and Mango.

Sheila Kaplan is a prize-winning investigative reporter who covers the Food and Drug Administration, the tobacco industry and the intersection of money, medicine and politics. @bySheilaKaplan

In approving Philip Morris product, IQOS, the FDA has once again demonstrated that it is not the appropriate agency to regulate nicotine and tobacco products. FDA’s Center for Tobacco Products (CTP) has ignored its own scientific guidelines and the advice of public health experts around the country. In addition, Philip Morris has marketed IQOS in other countries in ways that clearly appeal to kids. The inexcusable mistakes that triggered the teen vaping epidemic and the appalling fumble of flavor regulation reverberate in this decision. FDA is constructed to work with manufacturers to bring healthful nutrition, therapeutics, and devices to the public. It is entirely unprepared to deal with an industry rooted in deception and deadly addiction. One of the first and most important public health actions of a new administration and congress should be to remove the CTP from the FDA and expeditiously replace its leadership.