Since their introduction to the United States market in 2007 e-cigarettes have exploded in popularity among adolescents. This popularity has disturbed decades of progress in tobacco prevention efforts. Now E-cigarettes have become the perfect addiction machine enticing a new generation of young people to lifelong nicotine dependence.

They are brazenly sold in fanciful and sweet flavors that include candy apple, bubble gum, cherry cola, marshmallow, orange soda, s’mores, chocolate, taffy. There are over 7,000 unique flavors of e-liquid available online, many of which can be purchased easily by minors. In an onerous echo of past cigarette campaigns like Virginia Slims and Eve, companies have also evoked twin themes of weight loss and sex. Celebrity endorsers pander to the desire to be cool, beautiful and independent. Even teenagers who would normally shun traditional cigarettes are drawn to the heady emancipation of e-cigarettes. 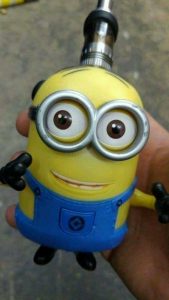 What should be done? Certainly e-cigarettes should be subject to the same sales and marketing restrictions as traditional cigarettes, but in most states proper regulation has lagged well behind combustible cigarettes. Unfortunately, this has also been viewed as an opportunity for e-cigarette manufacturers, including major tobacco companies, to press for a sales age of 18 for e-cigarettes, but accompanied by Trojan horse language exempting e-cigarettes from tobacco product taxation or secondhand smoke regulation. Recently the FDA has begun the slow process of restricting e-cigarette sales to those over 18, but they have made no move to reduce marketing to kids, limit youthful flavoring, or monitor online sales.