Why does one in five Americans smoke?  It’s not that smokers don’t know better, or they think themselves invulnerable to tobacco’s ill effects.  Actually, the overwhelming majority of smokers say they would like to quit, and have tried, but failed.   The fact is they started as adolescents, became addicted, and now can’t stop even while facing stupendous levels of risk for debilitating illness and premature death.

Thus, our focus is on preventing nicotine addiction in teens. Our teenagers are the canaries in the coal mine warning us of a future generation of nicotine addicts and a burgeoning epidemic of premature illness and death. The JUUL e-cigarette plague is an ominous portent of millions of new smokers. 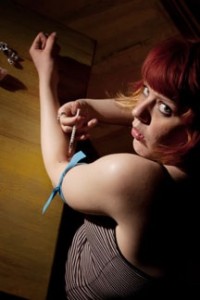 Thirty years ago an RJ Reynolds company executive wrote: “If a man has never smoked by age 18, the odds are three-to-one he never will.  By age 24 the odds are twenty-to-one.”  We now better understand the brain chemistry behind that truth, and why the pharmacology of smoking makes it so powerful.

We’ve all seen pictures of heroin addicts desperately trying to hit a vein to get that rush of drug. However, smoking is a much faster and more thorough drug delivery system than intravenous injection.  The interior surface of the lung is nearly the size of a singles tennis court, and it’s saturated with miles of tiny blood vessels whose major job is to absorb oxygen instantly. Nicotine becomes the perfect hitchhiker, an exquisite drug delivery system.  That nicotine-laden blood is then pumped directly to the brain, unfiltered and highly concentrated.

Once there, nicotine pounds a brain receptor whose purpose is to release the king of the feel-good neurotransmitters, dopamine.  A spike of dopamine yields self-confidence, focus, euphoria, loss of appetite and alertness.  Sounds pretty good!   But, there’s no free lunch in the brain.  After being over-stimulated for a while, the brain seeks balance and it does so by down-regulating those receptors – making them less sensitive – not only to nicotine, but also the normal everyday processes that stimulate dopamine.  Daily activities: food, sex, exercise and human interaction all turn on dopamine, but the smoker’s brain reacts by turning down the sensitivity for everything. 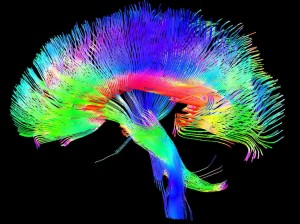 The only thing that brings a nicotine addicts’ brain back to a near normal balance again is … another inhalation. Now that schools, workplaces and public places are smoke-free, a smoker’s brain faces regular withdrawal, missing dopamine badly. Thus smokers and vapers spend much more time feeling irritable, unfocused and depressed. Smokers all say that a cigarette or an e-cigarette allows them to relax and de-stress. That’s true but only because the up-and-down levels of dopamine help to bring on all that stress.

What about kids brains?  One doesn’t need to be a neuroscientist to recognize that adolescent’s brains function differently.  They ramp up and down their receptors much faster, more thoroughly and more permanently.  This plasticity of their brains coupled with an evolutionary drive to take risks and separate physically and socially from their parents puts them in the crosshairs of this incredibly addictive habit.

Nicotine operates effectively in the deepest, most ancient parts of the brain, areas where structural receptor change resonates throughout the entire nervous system.  It’s why kids who smoke are more depressed, more rebellious, less empathetic and greater risk takers.  It’s why early use of nicotine in a cigarette, a chew or an e-cigarette is so dangerous. There is also increasing evidence that teen nicotine addicts are much more likely to abuse other substances, and that early inhaled nicotine and its disruption of dopamine regulation may initiate serious mental illness including bipolar disease, schizophrenia and depression in susceptible individuals.